The next single from Purple Crush’s ICONOCLASSIC LP is a shocking collaboration! Raja, aka Sutan Amrull, winner of Ru Paul’s Drag Race season 3 is known for her extravagant looks and creative output. Along with LA’s Dj Josh Peace (Azealia Banks remixer), these three entities came together to create a quirky pop art jam that goes against the expected club circuit sound. Purple Crush has collected remixed from ShyBoy, best known for producing music for Ru Paul, DJ Tittsworth, a staple of the EDM world with his projects Titts and Ayres and Nadastrom, and British vogue producer CVNT TRAXXX (FACT Magazine) The art work was hand drawn by Raja. The video is produced by Purple Crush and styled and directed by Raja, who is also one of the most respected make/visual artists in the industry (Iggy Azealia/Tyra Banks). 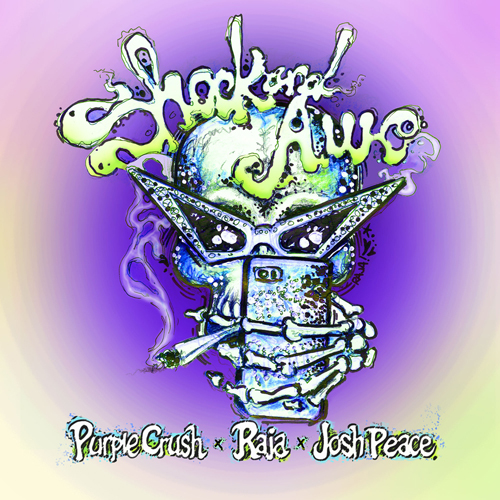